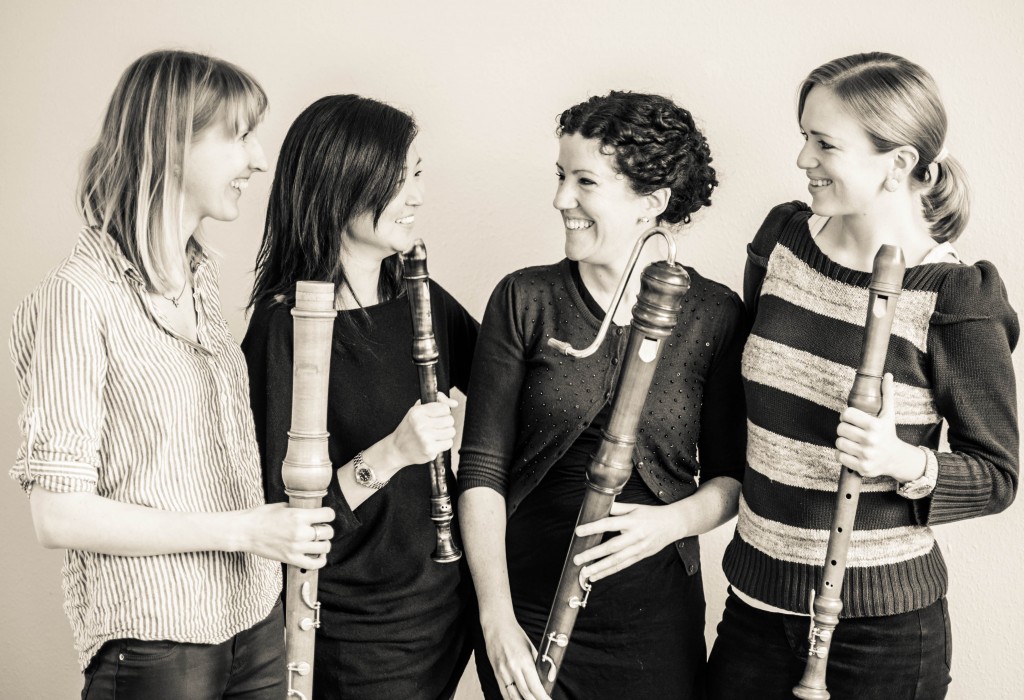 Woodpeckers is a dynamic group of virtuoso recorder players, who share a common interest in performing and promoting both very old and very new music for their instrument. They met while studying together at Stockholm’s Royal College of Music under the inspiring tutorage of their teacher Dan Laurin, and soon realised that they were well suited as both friends and fellow chamber musicians. All four members have gained recognition on an international level, and have been performing and touring with some of Europe’s leading Baroque Ensembles. With Swedish, Norwegian, Danish and Irish backgrounds, each member of Woodpeckers has something unique to offer.

As well as focusing on original and arranged 17th and 18th century repertoire for the recorder, the Woodpeckers are collaborating with several young, talented composers to produce new music for the group. They are also very interested in presenting their instrument in it’s highest capacity to the next generation, and have recently been touring in Norway with a children’s production for Rikskonsertene and in Denmark with Levende Musik i Skolen.